Ninja Squad books and online courses about Angular and Vue

We are four ninjas, passionate and hard-at-work developers.
A Java Champion, a StackOverflow top contributor, two JUG leaders, and a former Googler. And in our humble opinion we make an excellent coffee. 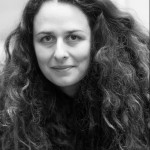 Agnès is an activist. A Java activist first and foremost! For 10 years, she has enjoyed building Java architectures and implementing them.

Because she also enjoys learning and sharing, she's very active in the community. She's the leader of 2 Java Users Groups in France: the Lyon JUG and Duchess France, and has been nominated Java Champion in 2012!

She likes talking about Design Patterns, Object Oriented Programming or Agility in conferences around the world. You can read her technical articles about frameworks of the Java ecosystem in the press and her interviews on the Duchesses blog.

As she hardly ever watches TV, she still has free time to organize the MiXiT conference, mixing Java and Agility, that she co-founded. You can also hear her in the Cast-IT podcast which tackles her favorite subjects.

And because nights are short, she keeps some of her time for the Avataria association, that she leads, which organizes concerts, festivals or Linux Parties, in locations of the industrial heritage of her city! 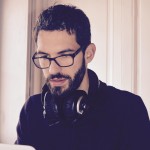 More than anything else, Cédric is passionate. About his work, first, which is rather nice. Nothing makes him happier than delivering a product that is not only functional but also of premium quality, than helping his colleagues improve and, if possible, coming up with new ideas. You can follow his discoveries on Twitter.

Cédric is also an active contributor to open-source projects, and is a member of the team building the Angular framework.

You'll often catch him with a sport bag on his shoulders, because he's also a sport junkie, and particularly a running addict. Beware: his presence in your team generally leads to an epidemic of fitness recovery, smoking cessation and weight loss (or even a new personal record on 10km or marathon)! In his other hand, he'll probably hold a book, novel or technical journal about a framework that you've vaguely heard about (hype hype!). Finally, you have good chances of meeting him surrounded by other passionate local people. Indeed, he founded and still leads the Lyon JUG, and he co-organizes MiXiT, the best known Web, Agility and Innovation conference! 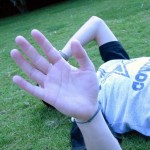 Cyril first worked for 10 years in software service companies, as a Java developer and trainer. He enjoyed going from project to project and sticking his hands in many different systems. He thought software was their core business, and had thus to be a pride. But he's been told that programming was dirty and that he had, after 5 or 10 years of experience, to think about going to a real job (i.e., using Excel and PowerPoint).

Then he became Software Engineer at Google London. Against all odds, he didn't like the job: his assigned mission, closer from pre-sales than from development, was not what he had dreamed of. Too bad for free food and at will trainings, he quickly left. But he stayed just long enough to realize how much experienced developers could be valued, whether at those famous job interviews, or through the working conditions and autonomy that were offered, far away from the ones you typically get in France.

In a project, he's the kind of guy to invest himself heart and soul. He enjoys nothing more than the moments where ideas are exchanged and expertise is shared; teaching and learning.
Recently, his founding favorites were: dependency injection (Spring/Guice/CDI), Guava, and Fest-Assert.

Besides software development, he has long been a frustrated artist. He furtively tried theater playing and direction, and lingered longer on writing. Then he accepted that he was a better spectator than actor. Some would call that maturity, others would say that he became an old fart. Now he simply enjoys guzzling cinema, series, and reads.
He endorsed the healthy living of Churchill: "no sport".
Cyril likes chicken (preferably bantams), circumflex accents, fire, and melon.
He doesn't like being predictable, Brussels sprouts, and people who don't like many stuff. 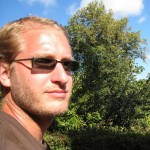 JB doesn't drink coffee, which makes it an exceptional developer. But that's not the end of the story. JB is only happy about his code when it's documented and tested. Watching the unit test progress bar staying green until the end is one of the little pleasures of his life. That, and scuba-diving, that he practices and teaches.

According to his girlfriend, JB is also a StackOverflow addict. More serious addictions exist, especially for a developer. Coffee for example.

JB likes encapsulation, well-named methods, immutability, Guava, the fluent builder pattern, dependency injection, carefully hand-formatted code. Even after 15 years of experience, he still finds it magical that a SQL query can find what you want in so little time.

JB doesn't like it when a boolean is compared to true. To false either. He thinks that tabs in source code is evil. Almost as evil as not putting spaces around operators. But far less evil than Maven, that JB hates with passion.